There’s a new hotel in Suzhuo, China that is sure to create a lot of buzz in the coming months as it commands a prime location within the integrated GCL Plaza commercial complex at Suzhou Industrial Park. Adjacent to the serene Jinji Lake and within close proximity to Suzhou’s cultural attractions and entertainment, the hotel serves as a peaceful urban retreat for guests looking for world-class services and amenities. Shangri-La Hotel, Suzhou Yuanqu will enhance the city’s luxury accommodations and service offerings. A draw for both leisure and business travelers, Suzhou is famous for its classical Chinese gardens and silk production – and is easily accessible by high speed train from Shanghai.

Famed for its classical Chinese gardens, traditional canal water towns, and silk production, Suzhou has welcomed visitors from throughout China and abroad over the course of its 2,500-year history. While the city’s gardens were built from the 10th to 19th century, the art of the Chinese garden reached its zenith in Suzhou in the Ming and Qing dynasties, when the country’s elite created elegant homes and gardens as retreats and the city became a cultural center. Four of Suzhou’s numerous traditional Chinese gardens are UNESCO World Heritage Sites.

The city’s historical heritage can also be found in the canals and half-moon bridges of the Tong Li and Zhujiajiao water villages. Since the Song Dynasty, Suzhou has also been an important center for China’s silk industry, and its silk weavers and embroiderers are considered amongst the best in China and once supplied silk to the country’s imperial family and important dignitaries.

Shangri-La Hotel, Suzhou Yuanqu has 303 guestrooms and suites and 16 serviced apartments. Starting from just over 500 square feet, the guestrooms are some of the largest in the city, and will offer expansive views of Jinji Lake and the city skyline through floor-to-ceiling windows. Designed in a soothing palette of silver, beige and blue, the guestrooms reflect the many lakes and canals found within the city. An innovative sliding wall separates the bathroom from the living and sleeping area enabling a guest to create an open floor plan or segment the space for privacy. Guestrooms are adorned with art inspired by Suzhou’s famous gardens created with a modern approach to traditional Chinese landscape paintings, while brocade fabrics pay homage to the important role that silk production has played in the city’s history. The hotel’s concierge level Horizon Club Lounge on level 31 will offer exclusive amenities and services – certainly a great option for access to this first-class amenity and the ability to work with their concierge team on additional local activities to create the ultimate localized travel experience.

Travelers will be able to choose between two distinctive restaurants at the hotel. Shang Garden will serve regional Chinese cuisine, while the all-day dining restaurant Café Hong will feature live theater kitchens serving global fare. For those seeking an elegant escape to relax and socialize from day to evening, the Sip Lounge will offer an extensive selection of tea, wine, cocktails and live entertainment.

Guests can relax and rejuvenate in the Health Club on Level 7 with a 24-hour gym, indoor temperature-controlled swimming pool, Jacuzzi, sauna, and steam bath. The Spa at Shangri-La offers a selection of wellness therapies based upon the healing traditions of Asia – we recommend trying the 90-minute Chinese Wellness (Dry) Massage!

The addition of Shangri-La Hotel, Suzhou Yuanqu will boost the city’s total event space with two pillar-less ballrooms at about 10,763 square feet and 4,133 square feet. Seven multi-function spaces and a boardroom will complement the ballrooms and all venues will be equipped with advanced lighting, audio and video systems.

Located in the new central business district of the vibrant Suzhou Industrial Park (SIP), Shangri-La Hotel, Suzhou Yuanqu is part of GCL Plaza, an integrated commercial complex that comprises an international office tower, a high-end residence and a four-story retail space. The hotel is within walking distance of the Jinji Lake, the largest city lake park in China, as well as Suzhou International Expo Centre and Suzhou Culture and Arts Centre.  The hotel is also within walking distance from the subway, making it an easy connection hub to major local attractions. 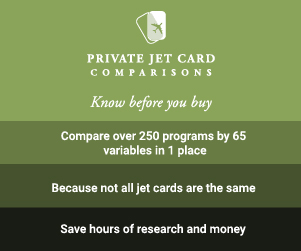