LuxeGetaways has just learned that Four Seasons Hotel George V, Paris is the first hotel in Europe with three Michelin Star restaurants according to the 2017 Michelin Guide for a total of five Stars. Joining the hotel’s French haute cuisine restaurant, Le Cinq, which continues in 2017 with the highest award of three stars is Le George and L’Orangerie. These two new restaurants have both been awarded their first Michelin Star. Showcasing the cuisine of three chefs, each with their own diverse talents and distinctive styles, Four Seasons Hotel George V offers guests an unprecedented culinary experience under the same roof, indisputably the leading gourmet address of Paris.

“We believe that a memorable stay would be incomplete without an extraordinary dining experience,” says José Silva, Regional Vice President & General Manager of Four Seasons Hotel George V. “As a gastronome myself, I have always had the highest culinary aspirations for our team who have worked to continuously innovate and exceed our guests’ expectations. I believe the five Michelin Stars awarded today are a testament to this commitment to excellence brought to life by our Chefs, Christian Le Squer, Simone Zanoni, David Bizet and their teams. We are honored to be the first hotel in Europe to hold this designation and look forward to many more years of culinary excellence.”

Christian Le Squer comments, “The third Michelin Star for Le Cinq for the second consecutive year rewards the very essence of today’s cuisine, and we strive to continuously evolve our style and techniques to instill an emotional connection with our guests.”

Simone Zanoni adds, “After a long career in different Michelin-starred restaurants, I have finally found my place at Le George. I believe this Michelin Star follows the evolution of our guests’ desire for a friendlier and more informal dining experience with exceptional flavors.”

David Bizet concludes, “During my 17 years in Le Cinq’s kitchens, I have forged a passion for excellence and it is with the same quest for perfection that I have worked on L’Orangerie’s menu. The Michelin star received today, just eight months following our opening, is a reward that honors the tireless work of our teams to create dishes that pay homage to nature and the changing seasons.’ Eric Beaumard, Director of Le Cinq restaurant, has won numerous awards during his 20-year career, including Best Sommelier in France, Best Sommelier in Europe and World Vice-Champion. Beaumard has redeveloped the wine cellar at Four Seasons Hotel George V, Paris, to offer guests the most diverse selection of exclusive and rare vintages, growing the collection to more than 50,000 bottles. 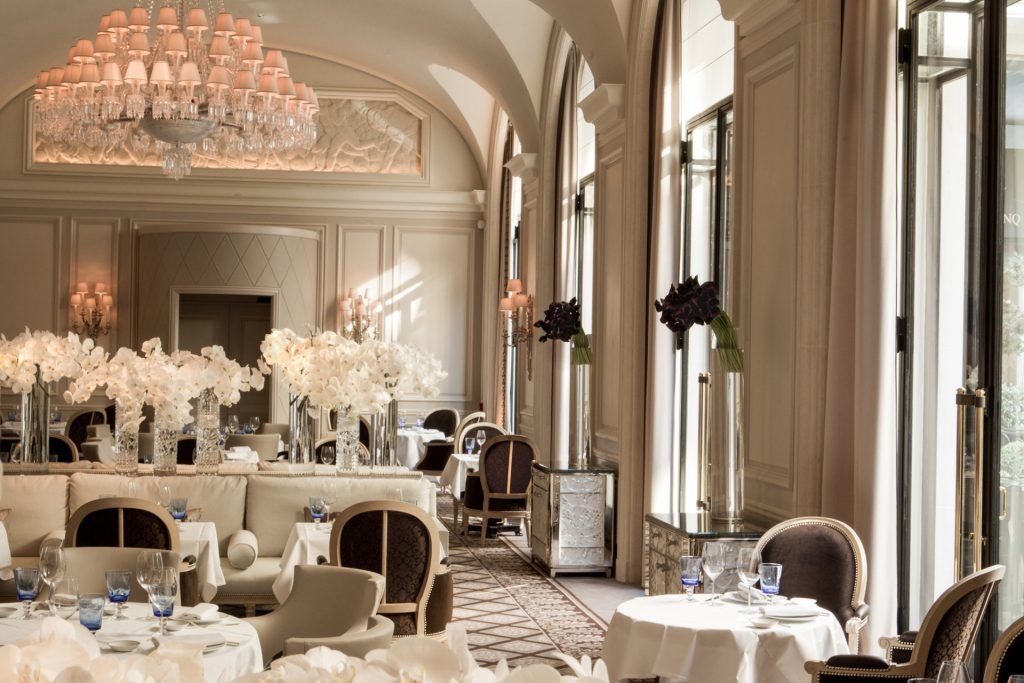 Le George offers a light and modern Mediterranean-style cuisine, taking guests on a culinary journey between the French Riviera and northern Italy. The chic and relaxed space by famed designer Pierre-Yves Rochon provides an distinctly Parisian vibe to this convivial Michelin-starred restaurant. 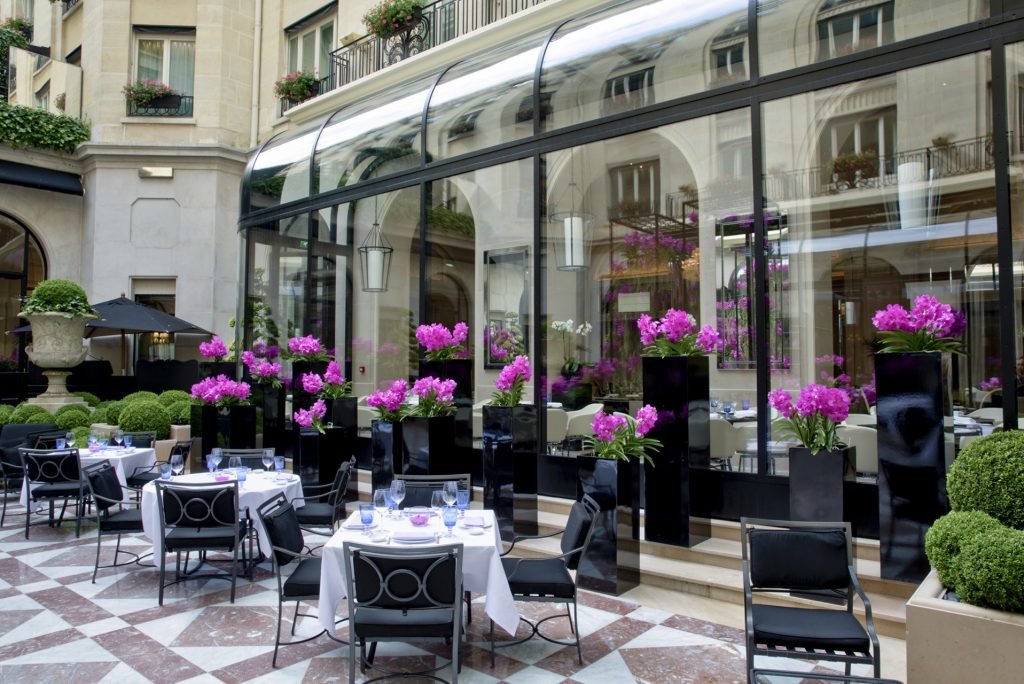 David Bizet rose to a new challenge when he was appointed chef of L’Orangerie after spending 17 years in the kitchens of Le Cinq. After only being open for 8 months the restaurant achieved one Michelin Star.

More inspiration for you to plan your next getaway… www.fourseasons.com/paris